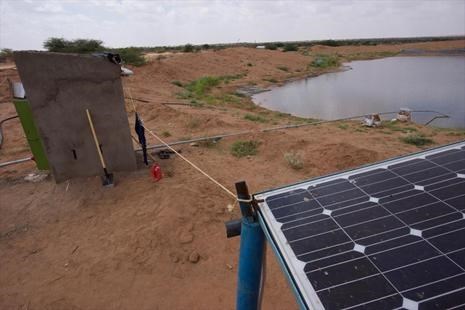 Somalia suffers from drought on a regular basis. Besides humanitarian aid, Finland is supporting the country to find sustainable solutions to drought.

Farmer Abdi Shakur lifts up a plant that had fallen onto the ground and fixes it in upright position. In the hot and humid greenhouse the branches of the plants are heavy with ripe red tomatoes. At the turn of the year these were the only vegetables grown within miles in the northern parts of Somalia.

Last year Somalia and other countries in East Africa were hit by the hardest drought for decades. The drought continued in the early part of this year until April, when sudden and heavy rainfall caused flooding.

For a few years now the rains have been highly irregular, and in most regions it has rained too little. According to the UN Office for the Coordination of Humanitarian Aid OCHA for Somalia, 5.4 million Somali people still need humanitarian aid after the previous drought. Flooding did not ease the situation as another 175,000 people had to leave their homes.

Last year the rapid reaction by the international community prevented the worst famine. Aid in the form of food coupons, foodstuffs, medicines, water tanks, etc. were delivered to the hardest hit areas. After the droughts in 2011-2012 and 2016, however, more than two million people have had to flee from their homes.

They have sought food and shelter from temporary aid camps kept by aid organisations around the largest cities in Somalia. There is the risk that these temporary camps will turn into permanent ones.

Most Somali people live from animal husbandry. Last year enough water was supplied as emergency relief for the people, but for the animals there was not enough drinking water.

Many families lost all of their livestock. After the livestock had died, people fell even deeper into poverty and sudden rains no longer bring any relief.

Abdi Shakur’s family used to have almost 200 animals: goats, sheep and camels. What was left was 30 goats and three camels.

“We used to eat three times a day. Now we eat pancakes in the morning and only rice in the evening.” 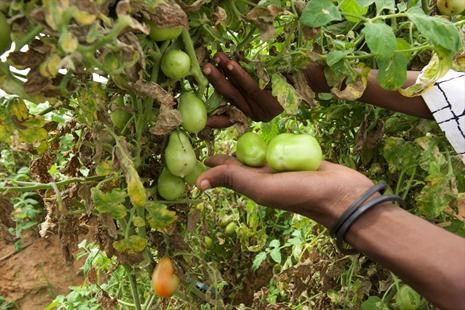 Shakur is standing by a water reservoir at a temperature of almost 40 degrees.

The reservoir is part of the project of the Solidarity Foundation that wants to find permanent solutions to recurring droughts.

It is impossible to prepare for drought if water brought by sudden rains causes flooding and runs off, instead of being collected and stored.

Now dams are used to collect water into a large reservoir which then conducts the water to greenhouses.

Vegetables bring additional income to a small farmers’ cooperative and a more varied diet to local people. There is an urgent need for other similar measures to prepare for drought in Somalia.

Humanitarian aid brings relief to sudden crises and conflicts, but the countries also need more and better ways to prevent crises from recurring and escalating into large-scale humanitarian catastrophes. 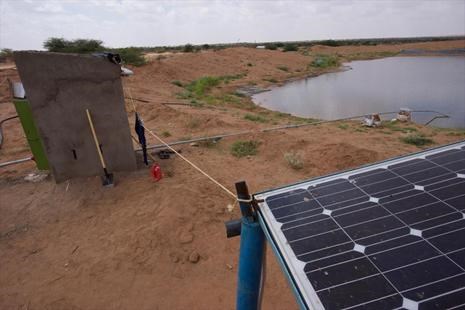 Somalia is located in semi-desert area where it has always rained very little. Climate change and the El Niño weather phenomenon have reduced the precipitation even further, which means that the country will suffer from even more severe droughts in future.

According to Sharmarke Hussein, Project Coordinator at the Solidarity Foundation, there are three ways how drought could be significantly reduced

“More water dams are needed. When the rain comes efficient means to collect the water are needed. Now it just runs off. Drilled wells are also needed to make better use of groundwater.”

The third means is to have more vegetation in Somalia. When people have no other means to earn a living they cut trees to make wood coal for sale. The loss of woods has made droughts even worse.