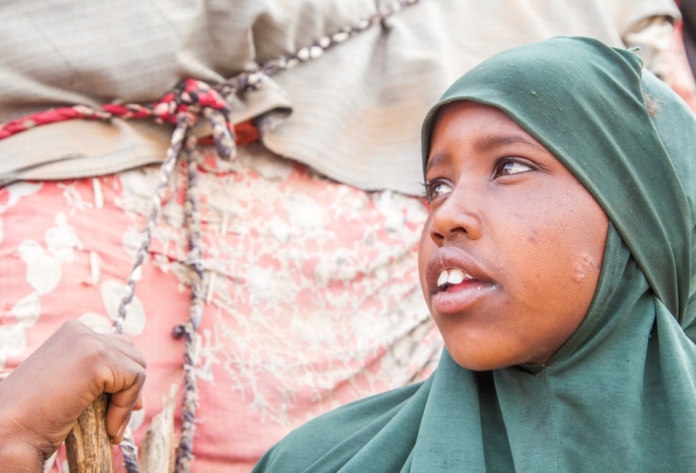 In support of The Federal Government of Somalia, yesterday the United Kingdom and OCHA convened an event in London to draw urgent attention to the humanitarian crisis in Somalia and the need for a swift and substantial response.

Some of the key actions identified to ensure an appropriate response this year and to build Somalia’s resilience to extreme shocks include:

“I am grateful to donors for the support provided and promised to humanitarian organisations to finance essential life-saving programmers to prevent a famine this year”, said ERC Lowcock. “The situation is alarming, but still salvageable. The relief operation has proved its efficiency and effectiveness, and there is very good collaboration between the Government and its international partners. We made some progress today, with important pledges from a number of donors. I urge those who have pledged to disburse the money as soon as possible. But unless substantial new resources are provided over the next few weeks, we face a real crisis in Somalia by the middle of the year. We will be working hard with all concerned to avoid that”.

Humanitarian Needs and Challenges in 2018 Mogadishu, Somalia, March 2017. IDPs at a World Food Program aid center at the ‘KM-13’ camp on the outskirts of Mogadishu. Many of these people have walked for days from rural villages looking for food in the nation’s capital. Credit: Giles Clarke for OCHA

Participants applauded the collective Somali and international efforts to massively scale up humanitarian assistance in 2017 in response to the severe drought. As a result, we were successful in averting famine and saving many thousands of lives. However, the job is not yet done.

The humanitarian situation in Somalia continues to deteriorate. The country continues to suffer from one of the worst droughts on record, leading to successive failed harvests, mass loss of livestock, appalling and rising rates of malnutrition.

An estimated 5.4 million people, including 2.8 million children are in need of humanitarian assistance and almost 500,000 people are projected to face the food insecurity emergency phase (IPC 4). Famine remains a risk in many areas with 1.8 million children projected to be malnourished in 2018. Over 1 million people have been newly displaced internally, in addition to the 1.1 million already in a state of protracted displacement. The recent forced evictions have further exacerbated the situation of the IDPs in some of the main cities. If the rains later this spring are also below average, as currently forecast, the situation is likely to deteriorate further.

The situation is further exacerbated by ongoing insecurity and conflict. Humanitarian access remains a major issue with constraints in particular in Al Shabaab held areas and targeted attacks restricting humanitarian operations. Protection of civilians, including high levels of sexual and gender based violence, forced recruitment of children by armed groups and violations of International Humanitarian Law continue to occur. The Somali government is taking steps to confront this and are in the process of establishing the Human Rights Commission. The Somali government is committed to protecting its civilians, in particular the most vulnerable including returnees and those displaced through legal frameworks and policies. The adoption of the National Disaster Management Policy by the Council of Ministers was a significant step forward. Nonetheless, there is an urgent need to make progress on security, and for all security actors to play their part in facilitating the humanitarian response. In less than 2 months, Ahmed Yusuf Omar achieved the normal weight for his age and overcame maltunitrion. In the WOCCA nutrition center, he received 7 days of full medication. Then, he was sent back home and provided “ready-to-use therapeutic food (RUTF)” for two months, funded through the Somalia Humanitarian Fund. Credit: OCHA

The 2018 Humanitarian Response Plan is requesting US$ 1.5 billion. But how to fund the 2018 response, and address priority gaps?

Early funding was critical in saving lives in 2017 and is imperative again this year. With additional commitments made yesterday at the event, Somalia’s partners have now committed some $350 million to the Humanitarian Response for 2018. A number of key donors made clear their intention to confirm substantial new pledges in the next few weeks.

Member States were encouraged where possible to support the Somalia Humanitarian Fund (SHF) which supports the highest priority components of the HRP through the best-placed frontline responders (including local NGOs). Support for the Central Emergency Response Fund will remain critical so that it can continue to kick-start, scale up and sustain the Somalia HRP while also addressing urgent needs in neighbouring countries.

The international response in Somalia must continue to deliver against the Grand Bargain commitments agreed in Istanbul. Efficiency and effective delivery, reinforced by the collective commitment of aid agencies and donors to share information, data and analysis in a timely manner, will save lives. In order to maximize our collective effort, continued coordination and improved transparency is essential.

Cash based interventions are essential to stimulate markets, boost beneficiaries’ dignity and speed up responses. It is clear that the use of coordinated, unconditional, unrestricted cash transfers in Somalia are critical, working with the full range of partners on the ground – including the private sector – to deliver this as efficiently as possible.